Get fresh music recommendations delivered to your inbox every Friday.

by James Dean Kindle and the Eastern Oregon Playboys 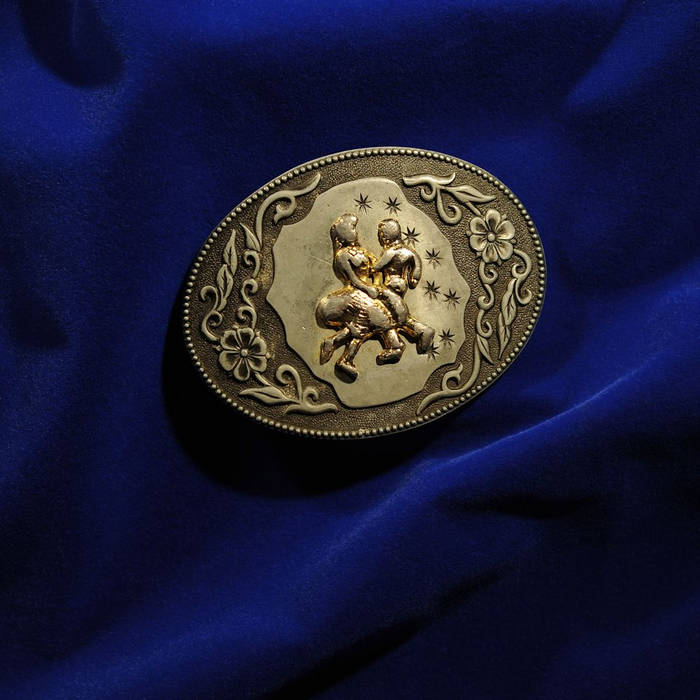 The four men were lowered down the shaft, carrying nothing but a pickaxe and a menagerie of instruments. We stood at the lip of the mine and waved until we could see them no more. The glint of the saxophone kept our eye the longest but it too eventually went black.

For seventy-two hours we heard their wails. We heard pianos thunder beneath the steady drizzle of dirt, guitar riffs that cut through the earth’s crust. We put our ears to the ground to listen to far-off vocals echo around the auditorium of empty ore.

After three days of rumbling, there was quiet. We thought they had died. After all, the four men — James Dean, Peter, Matthew, Baird — had little experience underground.

But before we could construct the amount of stretchers needed to retrieve the bodies, we heard something even more remarkable than their music: we heard their footsteps. They emerged into the hard light of morning, looking swollen and angry and hurt. Tired certainly, bloody in places, sporting blisters where blisters had no reason to be. Yet they clutched a nugget of gold so large and so shiny that we knew their toil — the countless axe swings and the dynamite and the years shaved off their lives from breathing that toxic air — had been worth it.

That piece of gold is this album: Many Splendored Things.

Over hot water, covered in blankets, the Playboys told us what they had done down there, how they had been visited by the ghosts of old friends — Levi, Sean, Laura, Ken, Carol, Brad and Dave, even poor Thomas Paul — as they prospected the depths beneath our feet.

We said we believed them. We all knew what they had been through.

Later, after the gold had been pressed into vinyl, we went down the hole with our miner’s hats and our kerosene lamps. How had they done it, without food or water or natural light? In the circle emanating from our lanterns we saw their scrawls; first just scratches and dents, but then notes and a staff and eventually horses, running horses, then women, naked women, then great scenes of gambling and commerce, Breugel-inspired aerial works — even sculpture, decadent fountains and baths carved from the cave.

This album has been extracted from a hard place. This band — the Eastern Oregon Playboys — hit a deep and fruitful vein that we all knew was there but didn’t have the heart to dig at.

Put this on the record player. Listen to the sounds deep inside.

Dedicated to the memory of Dick Jones

Straddling the state of Oregon from Pendleton to Portland, James Dean Kindle and the Eastern Oregon Playboys use-up most of their remaining characters just typing their band name.

Bandcamp Daily  your guide to the world of Bandcamp